Another 410 flats in Purley with almost no parking? 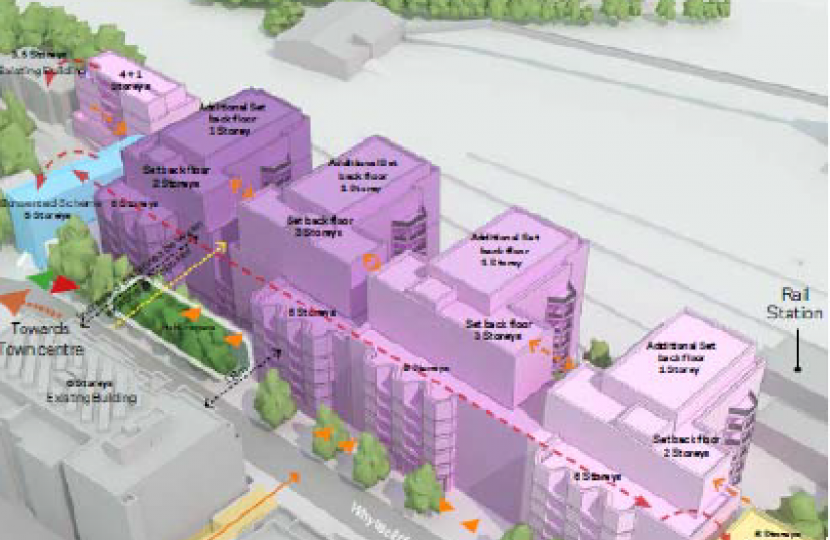 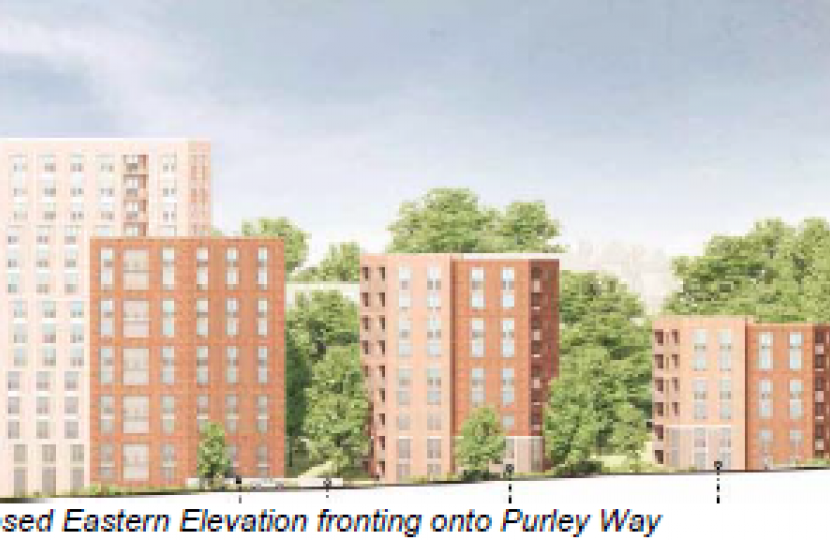 Just four weeks ago, i was at planning committee listening to a presentation about the proposed development at 26-52 Whytecliffe Road South, which is just North of the main Purley station entrance.

I'd been to a previous public consultation about this scheme at a time when developers were proposing about 150 flats on this site. Given the good access to public transport, a reluctant acceptance that the row of Edwardian houses does look a bit tired and the large blocks of flats on the other side of the road, I concluded that it might be a reasonable development. However, at this meeting, I heard that the scheme had been hugely enlarged and now has up to 260 flats on site instead of the previous 150. Given all the other Purley developments, both large and small, which are being given planning permission almost on a weekly basis, I felt it was time to say that enough is enough, so I objected strongly, not just on the grounds of the site itself being over-developed, but that Purley as a whole was and is being over-developed.

I was at Planning Committee again last night to hear of yet another scheme for about another 150 flats, this time on the site of the 1930s detached houses with gardens at 922-930 Purley Way, just North of its junction with Russell Hill Road. As these schemes go, I acknowledge that it made effective use of the wedge-shaped piece of land, but again, my main concern is the cumulative impact of all these flatted developments on Purley. I've nothing against flats per se, it's just that there are too many of them in too concentrated an area.

It's an astonishing fact that at the moment, Purley is providing about 50% of the total new homes for the WHOLE OF CROYDON, despite constituting only two of the 28 wards of Croydon. What about the other 26 wards?? To make matters worse, there's no money at all being spent at the moment on Purley's essential infrastructure and even the Purley Leisure Centre remains closed. I have no idea where all these new inhabitants will be able to send their children to school, nor where the new doctors' & dentists' surgeries will appear. The Labour Council appears determined to over-develop Purley to such an extent that its residents' lives will become unbearable in the relatively near future.

My speeches for both planning committee meetings are accessible below.