I have been a Croydon Councillor since 2002 and have never attended, albeit virtually, such a sad and concerning meeting. With the new CEO present and Government officials watching the meeting, Council officers set out the dreadful financial position caused in part by decisions of the Labour Administration. Their debt was running above £1.5 billion well before Covid 19.

Some of you may remember the Inadequate judgement of Ofsted’s report on Children's Services in 2017 where some vulnerable children were found to be at risk of significant harm. Nearly £30 million of extra funding was pumped into the department and in 2019 Ofsted judged Children's Services to be Good with some improvements needed. The current dire financial position means this improvement is at risk. We have as usual not been given the true or full picture but there is no doubt there will be cuts to services for vulnerable families and job losses.

Some social workers who answered Croydon’s call for help will lose their jobs without the golden handshake disgracefully given to the departing CEO.

With all this turmoil, low morale ,the sudden departure of the respected former Director of Children's Services, Government is of course expressing concern about Children's Services in Croydon. In my role as Shadow Cabinet Member for Children's Services I asked at the meeting when Ofsted would return to the department to monitor the situation. As usual the question was not answered.

As the minority party we have called an emergency meeting calling for the resignation of Cllrs Newman and Hall but all members of Labour's ruling Cabinet need to consider their positions. 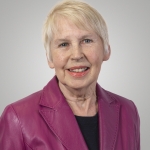 Croydon's Failing Labour Council has nothing left in Reserves

One of the most damning criticisms of Croydon’s failing Labour Council that has got our town into such a terrible mess is that financial reserves were an afterthought rather than a focus. It is not that they weren’t warned.