Tony has been active locally for many years and was the Conservative Candidate for New Addington in 2006 before serving as New Addington Councillor from May 2010 to 2014. He is married to Maria and lives in Queen Elizabeth's Drive, New Addington. His family have always had links with New Addington, with many members of his extended family still living in the area. He is a former Commanding Officer of the local NTC unit and was also Chair of Governors at Selsdon High, Vice Chair of Governors at Rowdown Primary School. Tony is a former member of the Reguar Army and supports Help for Heroes and SSAFA, and is a former Chairman of New Addington Royal British Legion. Tony has worked in Funeral Services as Operations Manager for a national Funeral Company, and is now Funeral Arranger and Conductor for a local family run funeral company and am based in New Addington.

Tony and Lara are fighting for you in New Addington. We're not afraid to stand up to Labour's Brick by Brick, who are trying to destroy our green spaces, and we'll fight them all the way, for you and with you.

Yesterday, Thursday 3rd April, I met teams for the briefing of Croydon Council's latest operation targetting the state of our streets.  Previous Ops in Thornton Heath and Norbury have been very successful and I asked that one be carried out in New Addington because of the concerns being raised by 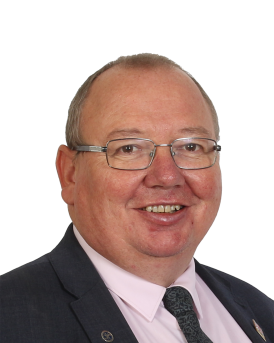