The Council’s General Purpose & Audit Committee, known as GPAC, plays the same role as the audit committee in a large company, providing a body to review adherence to internal processes and all financial processes. The Council’s internal audit function and the external auditors, Grant Thornton who recently released a devastating ‘Report in the Public Interest’ detailing the Council’s flawed financial management, report to GPAC.

Therefore, it should be a serious, technical and, crucially, independent committee. However, until September this year, every time the committee met the Labour Cabinet Member for Finance and Resources was sat at the front of the room; making his presence felt at a committee of which he was deliberately not a member.

Cllr. Hall was there to oversee the presentations which Council Officers and external auditors gave. He was there to jump in first to respond to any questions, even if they were addressed to officers, setting the tone for how this failing Labour Council expected the question to be answered. He was there to keep the Labour members of the committee from asking anything embarrassing. He shockingly reviewed the reports which were presented to the Committee before we received them.

In short, Councillor Hall’s presence completely removed the teeth from a Committee which is supposed to be one of the most important in the Council. A rosy picture of the Council’s finance and governance was presented, and any difficult questions were twisted politically by Councillor Hall. Any issue could only be the fault of the Government which was not providing enough money for Councillor Hall to spend.

The rosy picture was shattered by Grant Thornton’s report, which is only the 5th such report to be issued anywhere in the country in the last four years (and the first in London), such is the true state of the Council’s financial mis-management and governance. The report referenced GPAC, and was broadly critical of how the committee had held the Council leadership to account, but noted that at two meetings this month “a more robust approach is being taken to matters of concern raised to the General Purposes and Audit Committee.” It is no coincidence that Councillor Hall was not in attendance at either meeting.

Without Councillor Hall’s foreboding presence at GPAC meetings, Labour Councillors were suddenly free to question officers as directly and openly as Conservative Councillors, and officers were free to answer questions openly as well. I asked the Council’s Head of Internal Audit whether, as far as performance against Internal Audit reviews goes, the Council’s performance had got worse every year for 5 years and he responded, simply, truthfully and succinctly, “Yes”. It is difficult to imagine him giving such a clear answer had he been watched over by the then Cabinet Member for Finance.

Unfortunately, Labour’s approach to GPAC over the last 6 years is reflective of its approach to the whole of the Council. It did not want scrutiny, and it certainly didn’t want to listen to suggestions that its approach might be wrong. So, it took every effort to hide information which might be embarrassing, even from statutory bodies such as GPAC. The culture of secrecy led to poor governance, and a number of independent reports have now confirmed that this poor governance has led to the desperate state that the Council’s finances are now in. 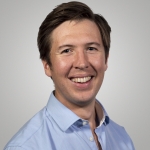 This has been such a dark year for so many people due to Covid-19.

Children and young people have been profoundly affected in many ways.