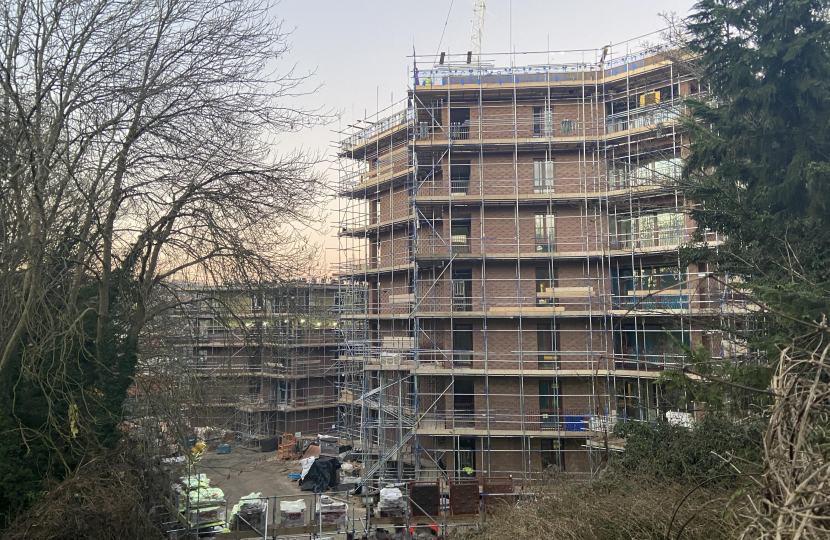 Yesterday, the consultation period for Labour’s revised “Local Plan” closed.
Residents were asked to scrutinise the document which will, if passed, allow developers even more freedom to demolish decent family homes across the Borough and replace them with inappropriate blocks of flats.

Not only are the policies contained within the Plan damaging to Croydon, but the process seems to have been deliberately engineered to make it as difficult as possible for residents to scrutinise the Plan and have their say on it.

From the very beginning, this consultation has been rushed. It is completely unreasonable to expect residents to plough through just under 1,000 pages of dense, technical text in just a few weeks – but Labour are determined to get this Plan passed against residents’ wishes before the election in May.

Whilst the consultation was taking place, we raised serious errors with the process. Changes from the previous local plan were supposed to be clearly marked, but some major alterations – such as the change in location of a traveller site – were not highlighted. It was only after we pressed the Council that this was updated – but not before many people will have submitted their responses.

In addition, the Council was found to have been non-compliant in providing these documents to disabled residents in an accessible manner. We asked that the consultation be paused whilst this error was fixed, but the Council refused.

This Labour-led Council is officially bankrupt and has now had two Reports in the Public Interest against it. It does not keep proper records – that’s official.
This important consultation process should therefore have proceeded with care and caution, not in the haphazard manner which the Labour-run Council approached it. The Labour Council is simply not listening to Croydon – in fact, they’re using every trick in the book to prevent local people from having their say.

You can read our response to Labour's Local Plan in full below.