How a Failed Ideology Led to Croydon’s Bankruptcy

As Croydon Council plunges into bankruptcy with vital public services facing swingeing cuts, there is one question uppermost in the minds of residents – Why and how did Labour get us into this financial mess? The answer is simple. Ideology. Labour pursued a failed, outdated, left-wing ideology which believed that they know best and that they can tax and spend all our money as if it is their own. Let me illustrate with 3 clear examples how this flawed ideology brought us to where we are.

First there was Westfield and the regeneration of our town centre. The scheme conceived by a Conservative Council supported by Conservative Mayor Boris Johnson and Conservative MP Gavin Barwell. It involved working in partnership with the private sector to deliver a brand-new shopping centre as well as the homes, jobs and regeneration Croydon desperately required. When Labour took control in 2014 all they had to do was to press the Go button and begin the agreed scheme, it already had planning permission. But no, their ideology got in the way. They simply did not believe in the power of the private sector to deliver in partnership with the Council, and decided that they had to be in control. So, they tried to change and modify the scheme leading to delays and ultimately cancellation. Despite their warm words the Labour party were always ideologically opposed to Westfield. And in the process the Council has lost hundreds of millions of pounds in additional council tax and business rates – revenue which would certainly have ensured our financial sustainability.

Then there is the infamous Brick by Brick scheme about which a lot has been written. Let me remind you of the real reason why this failed company was set up. It was because Labour are ideologically opposed to Right to Buy – a scheme that has allowed thousands of people to get onto the property ladder, creating the thriving property-owning democracy that we all love. By creating a system where new Council housing was owned by Brick by Brick (a so called ‘private’ company), rather than directly by the Council, it ensured that Right to Buy rules would not apply to those living in those new properties, denying the right to own their own home. Labour have always hated the concept of Right to Buy, believing that all social housing must be owned by the State. This led Croydon Labour to create the complex structures around Brick by Brick, described by one of their own as ‘spaghetti junction’, contributed significantly to the Council’s bankruptcy. Once again, their flawed ideology was to blame.

And finally, from the days of Gordon Brown, Labour has always ideologically believed that taxpayers money is their own, and they can borrow and spend as they please, without caring about the consequences. Just like Gordon Brown crashed the economy in 2008, Croydon Labour borrowed heavily and invested recklessly in a failing hotel and a shopping centre, crashing the Council’s finances. For years to come residents will have to pay the price through cuts in vital services, including Purley Pool, closed libraries, and closed recycling centres.

The truth is, the only way for Croydon to truly recover financially and economically, is to put an end to this failed Labour ideology that has dominated policy for the past 6 years. And that can only happen if we vote in a Conservative Council in in 2022, to deliver sound financial management, and working with our private and voluntary sector partners, to deliver the high quality public services our residents deserve. 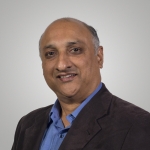