At the last Council meeting, Adele Benson, our fantastic candidate for New Addington North, called out the Labour Council for their shocking record on Council Housing, with our community's most vulnerable residents often being forced to put up with leaks and mould for months on end.

An attempt was made to interrupt Adele, but she wasn't having any of it. It's about time that the Labour Council started listening to Croydon & its diverse communities, rather than trying to hide all the problems created by their own bankruptcy.

Croydon's Labour-run Council has recently been exposed for forcing our Borough's most vulnerable residents to live in appalling conditions. 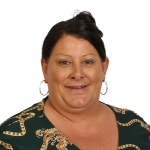 Adele moved to New Addington 26 years ago as a young single mum escaping domestic violence. She fought hard and worked hard, and became a mortgage broker in the city. In 2009 she had an accident that changed her life, leaving her with mobility issues.