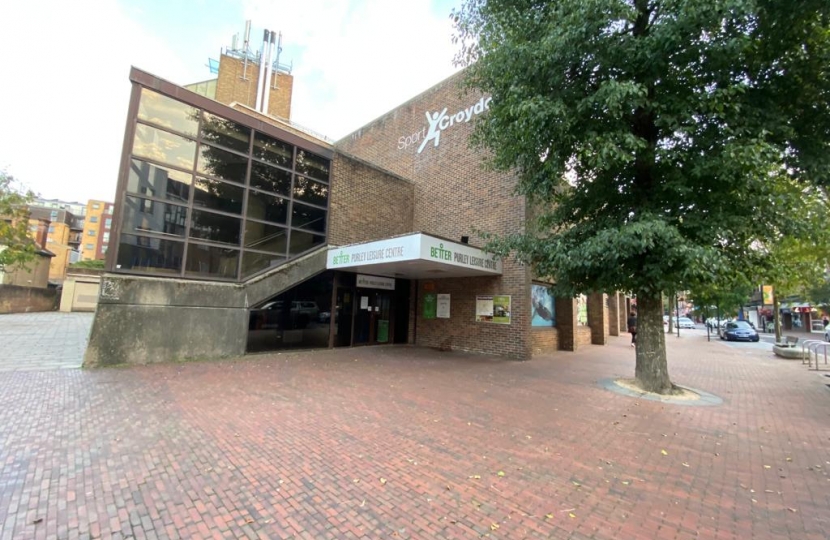 Following this campaign by local residents, community groups, your councillors and Chris Philp MP, the Pool was saved and thousands of swimmers including children, the elderly, charities and community groups have benefited.

Users have recently, and understandably, complained that our Leisure Centre hasn't yet re-opened whilst four others in the Borough have. We have made enquiries and have now discovered that it's unlikely that the Pool and Leisure Centre will reopen before the end of next year - and may not re-open at all. This just isn't acceptable.

The Council can find money for six figure pay-offs for Council staff, irresponsible investments and much more yet it can't find money for this important community facility that benefits so many, particularly in the south of the Borough. So we're restarting the campaign to save Purley Leisure Centre and we hope that you will support it.

We will be organising street stalls, leafleting and lots of social media coverage of our campaign. But for starters, please do sign our petition and forward it on to as many of your friends and neighbours as possible. The more who sign, the more chance we have to persuade Cllr Newman, the Labour leader of Croydon Council, to change his mind and save our Centre.

Madam Mayor I wish to draw to the attention of all Councillors that there is a possibility that Purley Pool may never reopen after being closed in March due to the Coronavirus pandemic. Other Croydon pools have reopened but not Purley Pool - why is this?

Cllr. Helen Redfern: we must save Purley Pool

Why is it so important that Purley has a leisure centre?

Croydon has six Council-owned pools and leisure centres. In accordance with HMG guidelines they were all closed at the start of lockdown but all except the one in Purley have now fully or partially re-opened.

Purley Leisure Centre remains closed for the foreseeable future. we have been investigating when Purley residents can expect to be able to use the facility again.