Anyone who follows the local Croydon news will have become aware of the recent spate of resignations by the Chief Executive of the Council and the ruling Labour councillors including the Council Leader and Deputy Leader.  This follows the devastating report by Grant Thornton that exposed the many years of financial mismanagement that have frittered away millions of pounds and brought Croydon Council to the point of bankruptcy.

The ‘Report in the Public Interest’ from the auditors lays bare the many failings of the Council and states there was ‘corporate blindness’ to the serious financial issues.  Amongst other things it says there was a lack of challenge from members of the Council.  The implication from this is that all councillors failed to challenge the poor financial management.  In fact, this wasn’t the case.  The decisions went unchallenged by Labour councillors, but Conservative councillors have raised concerns countless times over the last few years.  And every time a valid question was asked, it was either ignored or there was a torrent of abuse attacking the questioner.

Nevertheless, Conservative councillors continued to raise questions about the clearly irresponsible financial management of the Council.  For my part, in my role as Shadow Spokesperson for Culture, Leisure and Sport, I raised questions about the Brick by Brick redevelopment of Fairfield Halls no fewer than 9 times in the last three years.  Details of the questions and any response are below. I questioned the following:

The Labour administration kept most of the information about the projects secret, hiding behind the excuse that Brick by Brick is a separate company.  By doing this they effectively became unaccountable to the Croydon Council Tax payer.

It is good that the auditor has finally revealed the extent of the damage this Labour administration has been doing to Croydon.

You can read a more detailed background to my questions, including the answers given, here: 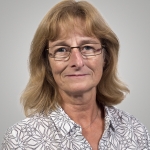