Sadly, Croydon under Labour is a record breaker

It is the London borough with the highest debt, standing at an eye watering £1.5bn, equating to £15,000 an hour borrowed since Labour took office. It is the first Local Authority in the country to issue ‘back to back’ S114 notices (declarations of bankruptcy), with two issued to date and the potential for more to come. They have loaned in excess of £200mn to their wholly owned development company, Brick by Brick, without any repayments or dividend being returned to Croydon. They have borrowed £millions to play monopoly (badly) by dabbling in the commercial property market and buying hotels and shopping precincts. They have reduced reserves (savings) to the lowest in London at a derisory £7mn.

Sadly, these are not good records, but they are the reality of Labour Croydon’s choices. It is shameful that our borough has been brought to such bankruptcy.

Yet, the Labour controlled Council can only roll out soundbites and platitudes to explain how they have bankrupted the borough. They blame Government cuts, they blame COVID, but they never look to themselves and the decisions they have made since 2014.

For them, the Council ‘finds’ itself in dire straits and they believe they are a ‘new Administration’ that sympathizes and is trying to ‘rightsize’ the budget.

But, as 70% of the current Cabinet supported the choices that created the current bankruptcy none of them can claim to be anything like ‘new’. All 41 Labour Councillors have presided over the financial mess that they have created in Croydon. A mess that has been reported on in some detail by their own auditors, Grant Thornton, and by external investigators, Price Waterhouse Cooper.

Labour claim to have come far, but what have they actually learnt to enable them to be the force of change that Croydon so desperately needs? This Labour Council lacks leadership and direction.

It was this Conservative Group that called a vote of ‘no confidence’ in the then Leader and Finance Lead, Cllrs. Newman and Hall, back in September this year. Every Labour Councillor backed them. But within days both Councillors had resigned.

It was this Conservative Group that called for action to reduce Cllrs. allowances, which once again forced Labour to reach a decision. Supposedly Labour had been discussing this for months? The borough needs action not discussion. The package brought forward will save around £300,000 per annum but will not commence until the new financial year in April 2021. Conservative Councillors have agreed to take the cut from 1st January 2021. Why wait and lose potential further savings?

The Labour Leader of the Council says that little has changed with the issuing of a second S114 notice. This is blatantly wrong as in a period of time when they should be repairing the budget, the situation has actually deteriorated by a further £16mn.

As the weeks pass, this Labour Council continues to prove that they are not capable of running this borough. They continue to lack pace, lack urgency, lack options and fundamentally lack the ability to change.

At a recent Council meeting the former finance lead, Cllr. Hall, broke cover to advise Council that he was never shown any facilities agreements between the Council and Brick by Brick, despite presiding over the loaning of over £200mn to them. You would have thought when you are overseeing such loans that you would proactively ask to see such agreements and indeed ask for management accounts, surely these are basic accounting procedures?

It just highlights the lack of rigour on the part of this Labour Council in both getting into these dire financial straits and also getting out of them.

Now we know that the bail out bid, totalling some £150mn, has been sent to Government. But, Labour refused to answer important questions about the bid at a recent Cabinet meeting. Whilst all Labour Cabinet Members were allowed to ask questions, only two questions were allowed from the Conservative Opposition. How can they be trusted to deliver change when after all that has happened, they still will not answer our questions.

This, despite their external auditors making it quite clear to them that they need to be more open to challenge and respond to it accordingly. This Labour Council is still hiding.

This borough deserves so much better than this failing Labour Council. 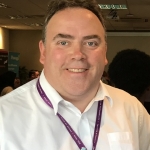