In a recent speech I made at a Council meeting  in regards to DEMOC, I spoke of the onslaught of planning applications and permissions granted in Purley and Woodcote. I had mentioned that Purley is supplying 30% of the housing target in the entire borough of Croydon, which is bewildering. On Twitter, after the meeting Labour Councillors tweeted that myself and my colleague Cllr.Simon Brew had different figures in terms of the % number of homes being built in Purley versus the entire borough. Interesting that this was the only aspect of my speech that was disputed! Im glad they agreed with everything else I had mentioned; that Croydon Labour is in crisis and that they are not interested in listening to residents as they are ignoring the DEMOC campaigners in their bid to hold a referendum in May.

However, I stand corrected on my statistics on housing. Purley is actually delivering 50% of the annual requirement for new homes for the WHOLE OF CROYDON. Here are the figures;

In Purley over the last 18 months, planning permission is under active consideration or has been granted for about 60 individual homes to be replaced by blocks of 7-20 flats adding up to about 400 new homes; in addition Mosaic Place, 922 Purley Way, Whytecliffe Road South, Foxley Lane & Russell Hill / Road between them add another 700. This totals about 1100 homes. In planning committee, we often hear the mantra “Croydon needs new homes”, but Purley demonstrably does NOT need any more new homes. What about the other 26 wards? What about the centre of Croydon that has ample space available for developemnt?

As a result of the increase of homes being built in Purley there is concern from many residents about the impact that such intensive development is causing on local infrastructure; health, education and leisure services, given the total absence of levied infrastructure investment which all seems to go elsewhere in the borough and concern over the potential permanent closure of Purley Leisure Centre.  I and my colleagues will continue to ask the questions and challenge Labour on all these matters. 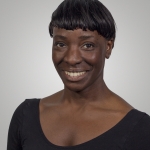