Now, not even offensive graffiti is being removed :-( | Croydon Conservative Skip to main content

Now, not even offensive graffiti is being removed :-( 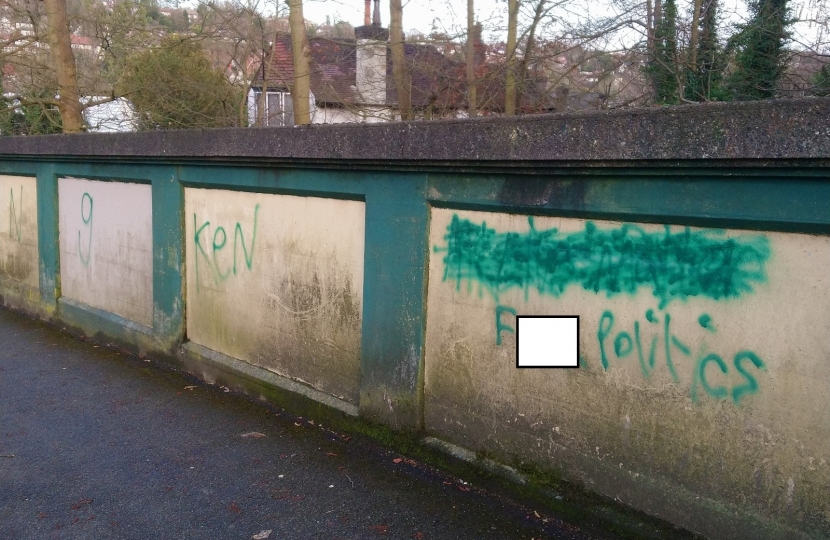 On 26 February, I reported that as a result of the many cuts caused by the Labour Council's reckless spending and investment policies, the Council's graffiti removal team team were all losing their jobs, and in future only "offensive" graffiti would be removed. I duly reported some offensive graffiti on the Higher Drive railway bridge, and I'm sorry to report that, more than two weeks later, not even the offensive stuff is being removed, and the non-offensive but unsightly stuff is now proliferating everywhere.. What dire times we live in..