Joined residents, representatives from Brick by Brick, Henry's and the Council on a zoom meeting to discuss the ongoing fall out from the unwanted developments in Longheath Gardens.

Finally, Brick by Brick and Henry's face residents to address the problems that have not been addressed, a crack on the side of an existing block, which only appeared after a new adjacent building was finished, Henry's machinery and trucks still being parked in space where residents used to park their cars.  Pavements blocked and access obstructed for mothers with buggies and the disabled.

Minutes were taken and an action list developed, a timeline has been promised, let's hope that this nightmare will soon end for Longheath residents. 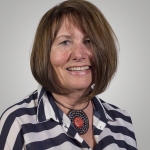 Sue, Richard, Gareth and the Shirley North Conservatives are fighting for you, from Longheath Gardens to Wickham Road. We make sure our residents needs are taken care of, whether it's Planning, Bins, or anything else.