Labour’s failure and incompetence in Croydon has gone from bad to worse and the recent Section 114 notice will have a significant impact on our young people. Geographically in Croydon, we have a population age gradient across the borough from north to south. With over 94,000 young people living in Croydon, we have the largest young person population in London which includes 511 looked after children and just over 250 unaccompanied asylum seeking children in Croydon.

 COVID-19 has had a significant impact on young people’s education and mental health. Research by mental health charity; Mind, highlights an increase in young people experiencing and disclosing negative mental health as a result of traumatic experiences, social isolation and a loss of routine caused by the pandemic. A granular view into children in local authority care will most likely highlight greater concerns. These are the young people Labour will fail the most.

Over the past 10 years, national and local governments have been forced to make difficult decisions about which youth services to prioritise, reshape or remove. This was a result of Labour’s inept stewardship of our national economy and as a recent graduate at the time, I still remember the ‘There is no money left’ note left by those in charge. Labour has struck again - this time in Croydon and despite several years of caution by auditors and Conservative councillors they failed to listen and the youth of Croydon will pay the price for their irresponsible spending and bad investments.

Despite previous recommendations from the auditors dating back to 2017, a failure to control a spiralling £39 million overspend in children and adult social care subsequently led to an attempt to mask their failure through accounting tricks. The S114 notice will allow some expenditure relating to statutory services such as children's services, but this will need to be done at a ‘minimum possible level’. Whilst Councillor Newman and Hall have both resigned from their positions, the legacy of their incompetence remains and will undoubtedly have a significant impact on Croydon especially on hard working council officers and front line social workers who will face the brunt of already rising complex cases in vulnerable young people.

The Section 114 notice places a  limit on non-statutory spending and the recent decision to cancel Community ward budgets gives us an indication to how Labour’s mismanagement will impact funding for community services and organisations that support young people from disadvantaged neighbourhoods across Croydon such as the Legacy Youth zone that opened last year.

They cannot be trusted with our young people; just over 2 years ago, Ofsted the UK’s inspector and regulator for children’s services found them guilty of ‘widespread and serious failures’ that put children in the borough at risk of ‘significant harm’. The report highlighted the role played by senior Labour Councillors, stating senior leaders knew that services needed to be better, but they had taken too long to take action to improve them. This inaction by Labour meant the Government had to step in to appoint a Children’s Commissioner to direct children’s services in Croydon.

The safety and future aspirations of young people in our borough is paramount especially as many of them will be going through difficult times. This situation is deeply concerning, whilst gambling away our finances through loans for buying shopping centres, failed hotels and bank-rolling an over-ambitious development company they have failed to safeguard the future of our young people, the people of Croydon deserve better. 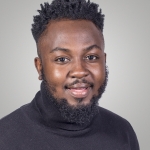 Ola Kolade is Deputy Chairman for Membership & Fundraising at Croydon Conservatives. He’s lived in Croydon for 20 years, currently works in Corporate Responsibility and a trustee for a national youth & community charity.