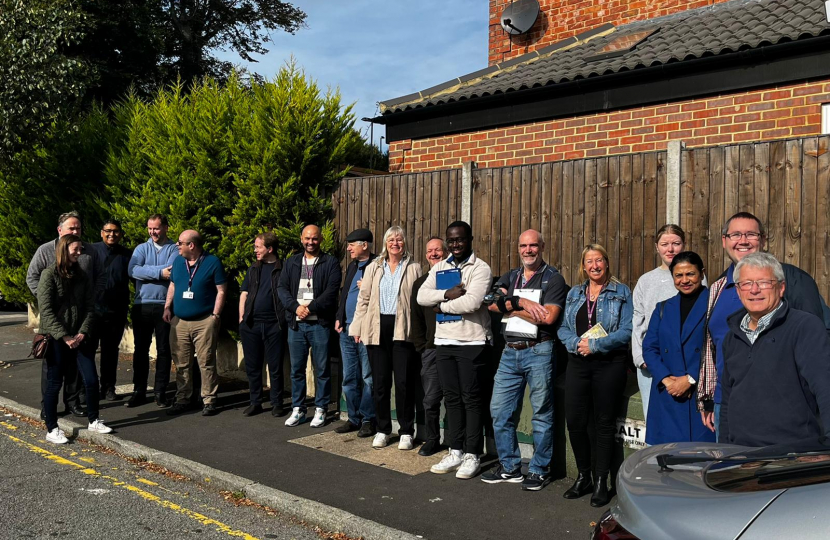 Mary Croos, a member of Croydon Labour and previously a Labour Councillor for Fairfield, has joined the Conservative Party.

“After 10 years of being a member, and four years as a Councillor, I have made the decision to leave the Labour Party.

“As a Labour member, I always tried hard to welcome new members. However, I felt that the party grassroots and longstanding members were shunned. I tirelessly campaigned for the Labour Party since 2012, but my hard work and values were not appreciated.

“Croydon has a large Tamil Community which has often felt neglected in the past. I was so proud to represent this community as the first ever female Tamil Councillor, and I was able to help my community with their casework, however my community has been let down by Croydon Labour.

“Croydon Labour’s time in charge of the Council was filled with stories of Labour Party members and Councillors being bullied, and feeling scared to speak out. This is just one of the factors that led to the shameful bankruptcy, which has caused so much pain across Croydon.

“I have seen the positive changes that Jason Perry and his team have made in just a few months since he became the Conservative Mayor of Croydon. Jason has made the effort to meet community leaders right across the Borough. He is fixing the finances. And he is changing the culture of the Council so that it starts listening to Croydon again.

“I look forward to working with Jason Perry and the Conservatives, to restore pride in every community of our Borough."

“I am delighted to welcome Mary to the Croydon Conservatives. As Mayor, I want to restore pride in every part of our Borough from Coulsdon to Crystal Palace. I know that Mary is extremely passionate about her local community, so it is great to have her on the Conservative team backing my plan for Croydon.

“It must have been a very difficult decision to leave her party of ten years, which just goes to show how toxic Croydon Labour have become.”