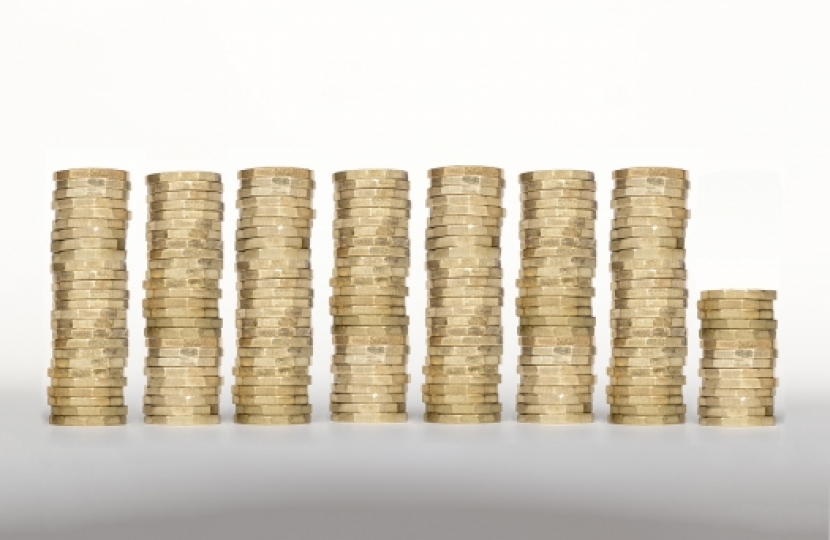 Croydon’s Labour council has recently announced that it must cut its workforce by 15% in response to the financial pressures it has been put under by COVID-19, and it is squarely blaming the government for not giving enough extra money to deal with the problem. But, as is always true with the spin-obsessed Labour council leadership, this doesn’t really stand up to closer inspection write Cllrs Tim Pollard & Jason Cummings.

In the six years since taking office following a period of Conservative control of the council, the local Labour party has driven the town to the verge of bankruptcy.

It has doubled the council’s debt to an eye-watering £1.5 billion pounds.

It has ‘invested’ in hotels and retail parks, seeking a quick buck. The hotel has now gone bust and retail parks look like dismal investments as we change our shopping habits.

It has failed to deliver the Westfield scheme which would have greatly increased its take of business rates – and council tax, as the scheme would have made Croydon a much more desirable place to live for many London workers.

It has frittered away money on offensive arts sponsorship. It has poured millions into Brick by Brick, its failing house builder which is merrily producing flats nobody wants to buy, so the council is buying them back instead.

It has refurbished Fairfield Halls and gone 50% over budget, delivered 15 months late and didn’t finish the job off even then – so the venue has been plagued with problems re-opening and is, of course, now closed again.

It has run its reserves (the money it keeps for emergencies like COVID-19) down to virtually nothing.

It’s been living hand-to-mouth for years, so when COVID came along it had no resilience left to use.

The upshot is that it is currently telling the government that it needs an extra £80 million this year to pay for COVID, and council leader Tony Newman is Tweeting frantically about the injustice of the government only coughing up £20 million so far.

According to the papers published for Croydon Cabinet this week, the ‘extra’ costs break down like this:﻿

You will note that these are rather broad headings! What was the additional expenditure? What savings couldn’t be achieved? Why not? What was the lost income?

There is no doubt that C-19 has resulted in lots of extra spending for councils. And we know that some services have been unable to charge customers for a number of months since lockdown – such as parking charges. Some of that Labour claims is undoubtedly justified. But how much of it?

We have been trying to get a breakdown of these figures for two months now. In particular we want to know more about the unachieved savings. Every year the council sets out a load of possible savings they hope to make. Some they achieve, but many they don’t. That’s why at the end of every council budget year there is a spending freeze, a raid on the reserves or some other way to balance the budget.

Not only can the council not tell us what savings they now believe they won’t make, they can’t even say what proportion of the savings they planned which weren’t ultimately delivered in previous years. Frankly, if we were government ministers hearing Croydon Labours pitch of ‘we planned to save lots of money on our services but now we can’t so we’d like you to give us the money instead….’, we're not sure we’d be falling over myself to do it!

The Labour administration stubbornly will not release any breakdown of this £32 million problem. And there’s probably a good reason for that. That quite a lot of it is not very plausible and wouldn’t have been achieved anyway.

If they are completely confident that they can justify all the elements which go to make up the £32 million, why not release the breakdown?

All of which brings us on to the staff cuts the administration is now proposing. They propose to cut the headcount by 15% across the board. But according to leader Cllr Newman and finance chief Cllr Hall, they can do this without affecting services.

Really? The first, obvious, question ‘does that mean you didn’t really need them last year either?’ was brushed off with an answer that technological change means they can now deliver the same with fewer people. Since last year. Honest.

So the graffiti removal team can be given their P45s but the internet will ensure that the graffiti disappears. And social workers recruited to get the council out of its Ofsted-fail hole (in 2017 the council was judged Inadequate for its children & families social care) can now be got rid of without the service slipping back into difficulty.

But at the same time as doing this the council won’t rule out buying more ‘investments’.

We can’t support these cuts and we don’t believe they can possibly be delivered without dramatically reducing services.

This is a council whose priorities are all wrong. It brags all the time about how open and transparent it is whilst actually being extraordinarily secretive. And it’s a council which takes responsibility for nothing. Nothing is ever the result of its own poor decision-making.

The next local elections aren’t until 2022. Frankly, they can’t come soon enough.

The area around Selsdon is rich in green spaces, one of which, Hutchinson's Bank, is a venue for work by the London Wildlife Trust to preserve a unique environment that is home to a wide variety of species, especially butterflies. You can find more on the Brilliant Butterflies Project here.