To put the bankruptcy in perspective, Croydon Council is in the worst state that any local authority has got itself into, ever. On a scale of one to ten, it is the very definition of a ten. Pause for a moment to let that sink in.

Unsurprisingly Croydon’s residents, who will be paying for this scandal for decades to come, are angry. With the extra burden of three years as a councillor being blustered at by the now former Leader of the Council or patronised by the former CEO of Brick by Brick, I am angry too. But anger isn’t helpful, we must know what happened, who is responsible and how to prevent it happening again.

A root cause of this debacle was the Council’s lack of transparency, despite claims of being the opposite. This disconnect between words and actions was particularly frustrating. Plans were always said to be detailed, as was analysis, yet requests to see this work was always stonewalled. Public information was designed to provide as little illumination as possible.

To a large extent it still is. What was the specification that the Council required Brick by Brick to deliver for the Fairfield Halls? Was that delivered? Were any changes properly authorised? Did Brick by Brick properly allocate and manage contracts? How did the costs run so badly out of control? What has not been delivered that should have been? These remain unanswered questions.

In strong echoes from the recent past, two reports that might tell us something are being kept secret. A third will be commissioned to identify any additional remedial works to the building. All three taken together may not answer all the questions. They need answering. It is not that hard. Some specific documents will tell us a great deal. Despite my repeated requests these also remain secret.

It may come as a surprise to residents, but as an opposition councillor, even one who sits on the Scrutiny and Overview committee, I have little access to information beyond what I had as a resident. It is not for lack of trying. Freedom of Information requests are routinely denied or given a limited answer. Information requests were routinely ignored. What is now disturbing is that little has changed. I could even argue that it has got worse.

Two recent examples are the Access to Information protocol recently put before the Ethics Committee, and the response to the call-in of a decision related to Brick by Brick.

I have requested an access to information process for some time. Yet instead of a process to facilitate access, this proposal was designed to prevent it. It placed demands on councillors to justify their ‘need to know’ but put no demand on officers to deliver. The former regime could not have written a document more suited to their secrecy agenda. Mercifully, the Ethics Committee has asked officers to think again, but that such a document could be put forward in the first place is concerning.

The call-in of a Brick by Brick decision included a list of documents to be provided. The requested documents were indirectly and directly connected to Brick by Brick’s activities in general and the Fairfield Halls in particular. None were provided. Worse, no written reason was given for this refusal, in contravention of the Statutory Guidance for Scrutiny, Clause 42. I have requested that a written justification for this refusal, and for any documents refused from a subsequently submitted list, be provided to the next Scrutiny and Overview committee on 15th June 2021.

Is it right that the public cannot see these documents? Is it right that I as an elected representative cannot, or that as a member of a committee whose job it is to scrutinise the Council’s activities cannot either? Against the background of the biggest failure of a local authority in more than a century, I do not think it is.

We will see on June 15th if the Council is willing to take a first small step in the right direction. 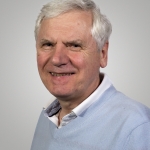